Free, until full capacity is reached, with prior ticket collection on the Museo Reina Sofía website from 10am on the last working day before the activity. A maximum of 1 per person. Doors open 30 minutes before screenings

Narcisa Hirsch is one of the foremost figures in the history of Latin American and international experimental film. Born in Germany in 1928, and living in Argentina since her childhood, her name has lurked in the shadows unduly, owing to a twofold “eccentricity”: being a woman and making films that lie outside central spaces constructing the history of this filmic modality: the United States and Europe.

Yet this binary, off-centre state has not stopped her from being mindful of world movements in experimental film and video art. Her own work, at once domestic and mystical, is related to canonical films and figures from video and experimental art as it constantly shuns imitation and vindicates film as a space of freedom. In Hirsch’s own words: “The freedom of working to a really tight budget is the freedom of not having to sell; the freedom of working in a way that is DIY and artisan, without big teams or stages. I don’t rush either. One frame per day, or one per year. Everyone chooses their time and space, and it’s because of that and everything else that experimental film is a subversive art, more than documentary or political film. More subversive than intellectual or conceptual film. That’s why few go and fewer still remain”.

Hirsch’s first foray into art was as a painter and draughtswoman in the 1960s, before suddenly leaping into public space, staging happenings in the search for a new kind of spectator. Understanding film and creation as a collective process of work and thought, she has built, since the start of her career, a sturdy community around her filmic and artistic practice, a wide-ranging network of experimental artists and film-makers who came together through the Union of Small-Gauge Film-makers (UNCIPAR), around the Goethe Institute and Di Tella Institute, originally comprising figures such as Marie Louise Alemann, Claudio Caldini, Jorge Honik, Juan José Mugni, Horacio Vallereggio and Juan Villola, who are all, ultimately, key to the formation of Argentina’s independent and experimental scene. A network and solid conception of collectiveness that remains today, and, even at the age of ninety-two, Hirsch holds weekly encounters (in-person before the pandemic, now online) with an extensive network of young film-makers and aficionados of experimental cinema that embrace her work.

This retrospective is made up of three sessions reflecting some of the must-see pictures in her film oeuvre, made from the 1960s onwards. These works, chosen to engage in dialogue with the film-maker, illuminate spiritual and existential themes: love, birth, death, eroticism and feminine power, orbiting around the materiality of the body. In Narcisa Hirsch’s work domestic scenes and landscapes of inner-city and outlying areas of Buenos Aires and Patagonia function as an amplification of an exploration that is both formal and personal: the body, the eternal, the inside, the outside, movement, that which remains, intimacy and collectivity.

This programme is framed inside a joint project between Museo Reina Sofía and Documenta Madrid, an international film festival promoted by Madrid’s City Council and returning this year, in 2020, in a hybrid format combining in-person and online formats. 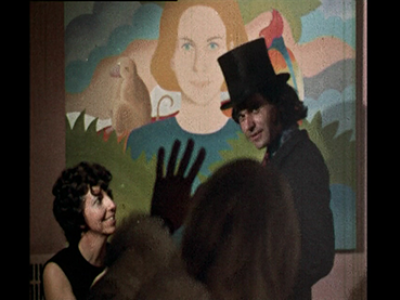 Narcisa Hirsch’s first incursions into film were to record her performances and happenings in public spaces. Collective actions, first shot in Super-8 and 16 mm, and later in video, in which Hirsch and the group of artists she worked with sought a different, more direct relationship with a spectator found randomly. These early works also reveal themes the artist would develop across her film work: the mystery of birth and death and our relationship to nature. 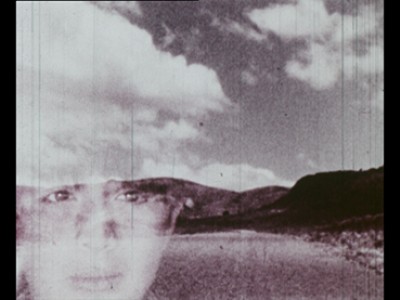 Patagonia takes centre stage and is at the heart of Narcisa Hirsch’s film work as a space of natural encounter, of union between body and the eternal, of dialogue between elements that are at once intimate and immense. This second session in the series includes some of the films in which the film-maker explores Patagonian landscapes and develops her relationship with them. 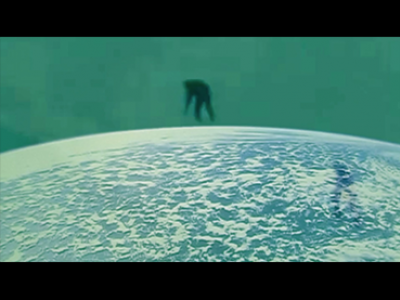 This third session more clearly expounds the relation Narcisa Hirsch’s work bears to many of the ideas and currents in experimental film: from structural cinema to more sensorial and poetic film-making via abstraction. In these works, we witness Hirsch explore different paths in the experimental genre, making them hers and bringing them closer to her idiosyncratic themes: the feminine body, Argentinian tradition, landscape and nature.