Check the parallel programme on the Cineteca Madrid website

The Museo Reina Sofía and Cineteca Madrid jointly organise the second part, and conclusion, of the retrospective devoted to the films of Gonzalo García-Pelayo (Madrid, 1947) with the international premiere of one of contemporary cinema’s most ambitious projects: the production of eleven feature-length films made by the director between 2021 and 2022.

Gonzalo García-Pelayo is a cult film-maker within the landscape of new European film, following his retrospectives at Viennale (2013) and Jeu-de-Paume (2014) and his premieres at BAFICI (2022), in the spirit of early Jean-Luc Godard and with traces of Michelangelo Antonioni and Ingmar Bergman. Manifestations of counterculture, experimentation with film language, the non-distinction between fiction and documentary and the desire for a society to emerge after the dictatorship in Spain characterised García-Pelayo’s film practice from 1975 to 1986, explored in the first part of this retrospective: Stop Prohibiting Because I Can’t Disobey Everything. The Films of Gonzalo García-Pelayo. After a lengthy hiatus, in which he shelved his film-making to focus on music production, publishing work, the mathematical speculation of gambling and the financial system, this against-the-grain director returned to affirm the excess and rupture of any convention.

The Year of 10+1 Films is a project bearing little resemblance to the filmed diary or films about daily life. Rather, it sustains the thematic coherence and conceptual structure of his original work. These eleven pictures — one made in collaboration with Pedro G. Romero and another with Paco Campano — are imbued with common ideas and elements which impart a unique identity to the series. One such example is his vision of cinema as a kind of emotional geography. The films cross places visited previously by the film-maker (Kerala, Tamil Nadu, Kazakhstan, Tierra de Fuego, Andalusia, Alentejo, etc.) and characters which, as in the films of Jean-Marie Straub and Danièlle Huillet, resonate with and reverberate in these places to reflect the histories and feelings they awaken. Moreover, García-Pelayo uses the same cast of actors to play roles across the eleven films — a technique used by Fassbinder to introduce an anti-actor notion of performance — and to share an element of metafilm, film inside film, a constant in his work since Vivir en Sevilla (Living in Seville, 1978). Other common ideas among them are music (in a range of genres) as an expression of the storyline, the philosophical conversations between characters and sex as a torrential force, alluding, in line with the paradigm of Surrealist mad love, to the triumph of instinct over culture. The zenith of the 10+1 films is a numerical calculation that adheres to a basic principle: accelerating the average of the usual filming time in Spanish cinema (three years for a film) up to 33 times, the speed most commonly used to produce vinyl records. Thus, García-Pelayo returns with an unparalleled film corpus to show how film is a way of life before being an industry or profession.

These eleven films are screened between the Museo Reina Sofía and Cineteca Madrid. 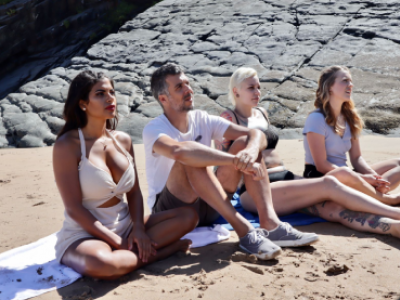 Así se rodó Carne quebrada (The Filming of Broken Flesh) is based on the behind-the-scenes of a film with a plot that crosses over and is confused with the real story that happens during filming. In Carne quebrada, the film being shot, a group of friends regularly get together to experiment with sex and partner relationships. The director, a renowned underground film-maker, seeks to reflect two obsessions in his new film: journeys as a vital, aesthetic and revelatory experience and sex as the driving force of desire and human evolution. 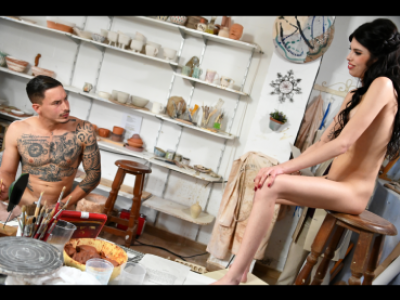 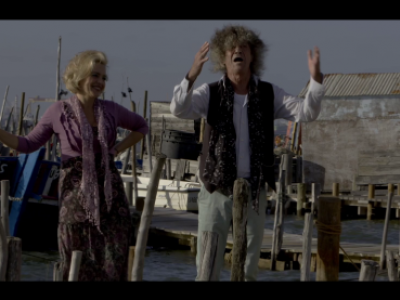 A film director goes on a journey to look for locations for her next film. An admirer of Alain Resnais and experimental film, she tries to create a story in which her own biography mixes with that of a singer-songwriter she had a relationship with in the past. Among quotes from mystical Spanish literature, by Saint John of the Cross and Saint Teresa of Ávila, García-Pelayo returns to the creative journey as an element of salvation, the backbone of his 10+1 films. 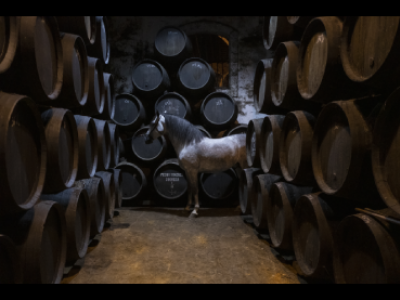 The only session of this film, which continues the collaboration between Pedro G. Romero and Gonzalo García-Pelayo that started in Nueve Sevillas (Nine Sevilles, 2020), in which flamenco was explored as a psychogeography of the city’s history, people and places. The different characters are lived through and traversed by the superior force of flamenco culture and history, conceived as a space which congregates the marginal, subordinate and racial in Spain’s history. A stampede of horses crosses the centre of Jerez, passing by seven mythical places in the city’s nightlife. In them, seven shots-sequences unfold to show three performances combining flamenco, history and the avant-garde. The screening opens and closes with a flamenco concert that sees out the series.