Room 401
The Retreat and Camps

Republican exodus towards France was the first act of exile. Strictly speaking, the Spanish Civil War can be described as a set of diasporas, of “disbandment”, the columns of “eight thousand”, children displaced towards Russia or England. This was documented by photographers such as Gerda Taro and Robert Capa for an international audience with a thirst for print media and news bulletins. Consequently, in the final Republican retreat towards France, in January and February 1939, there was already a diaspora imaginary ready to take on board the tragedy of the retreat, affording it mythical status. 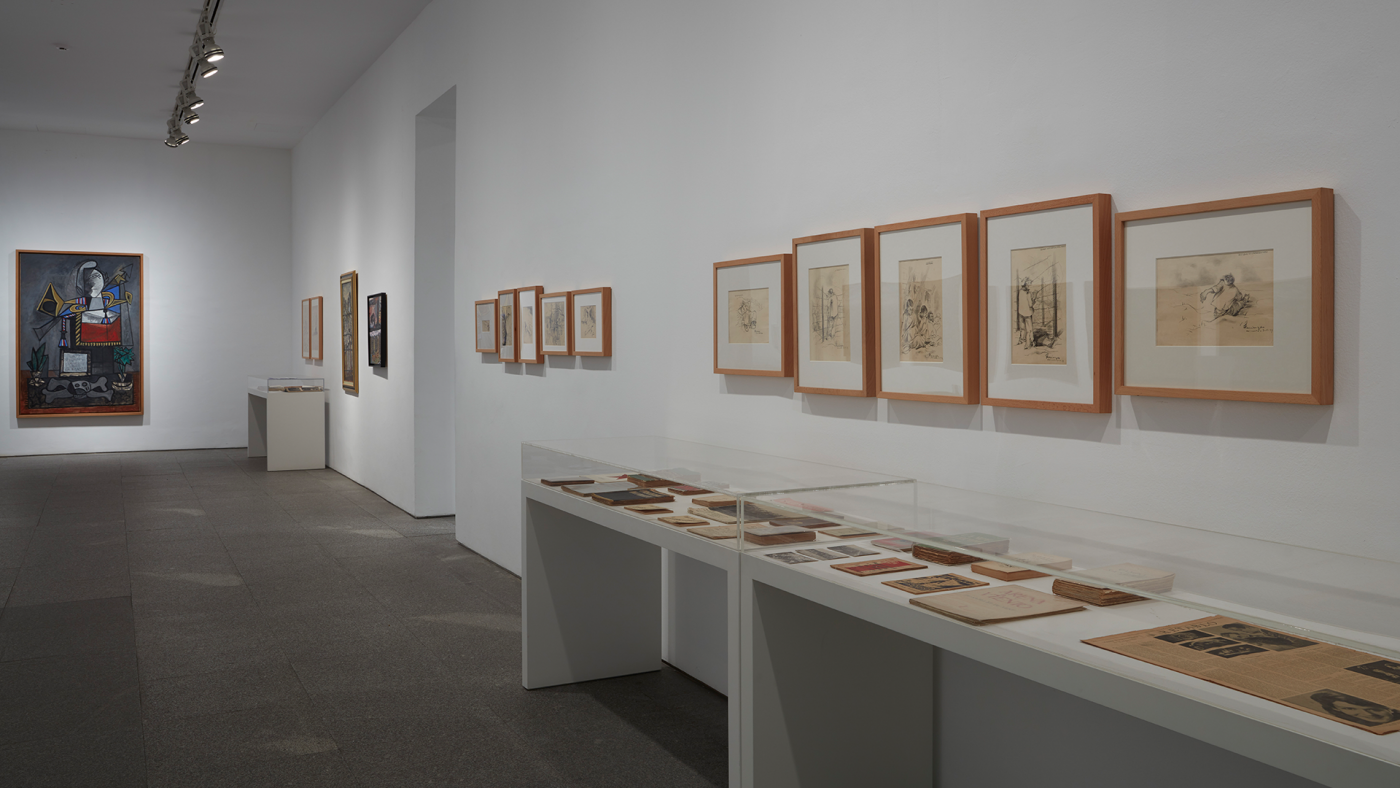 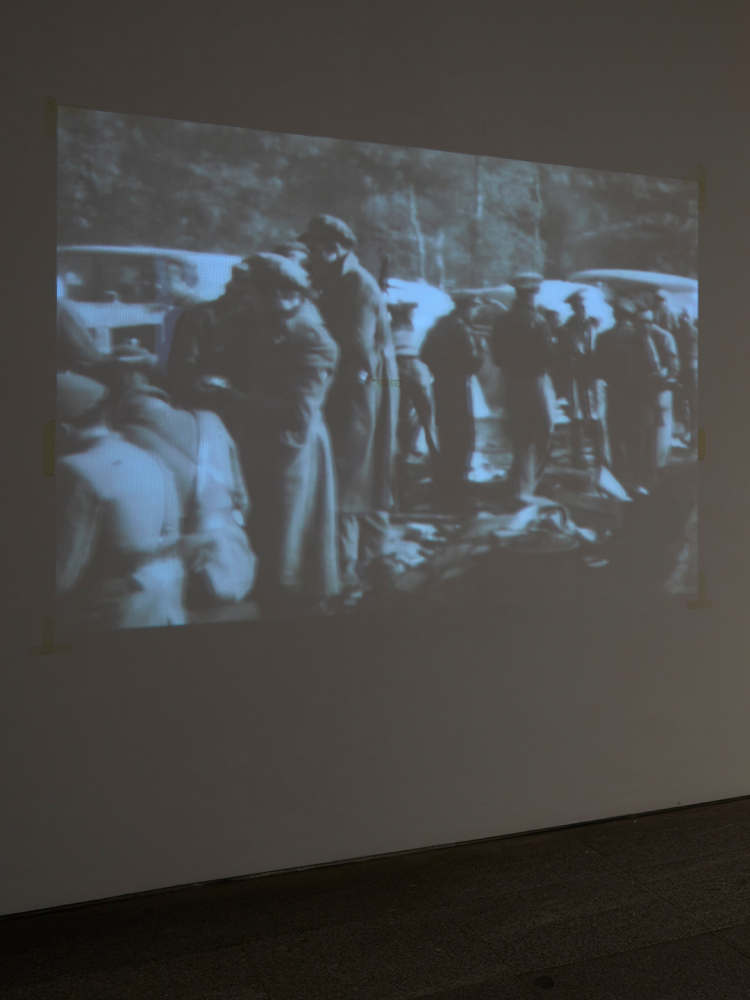 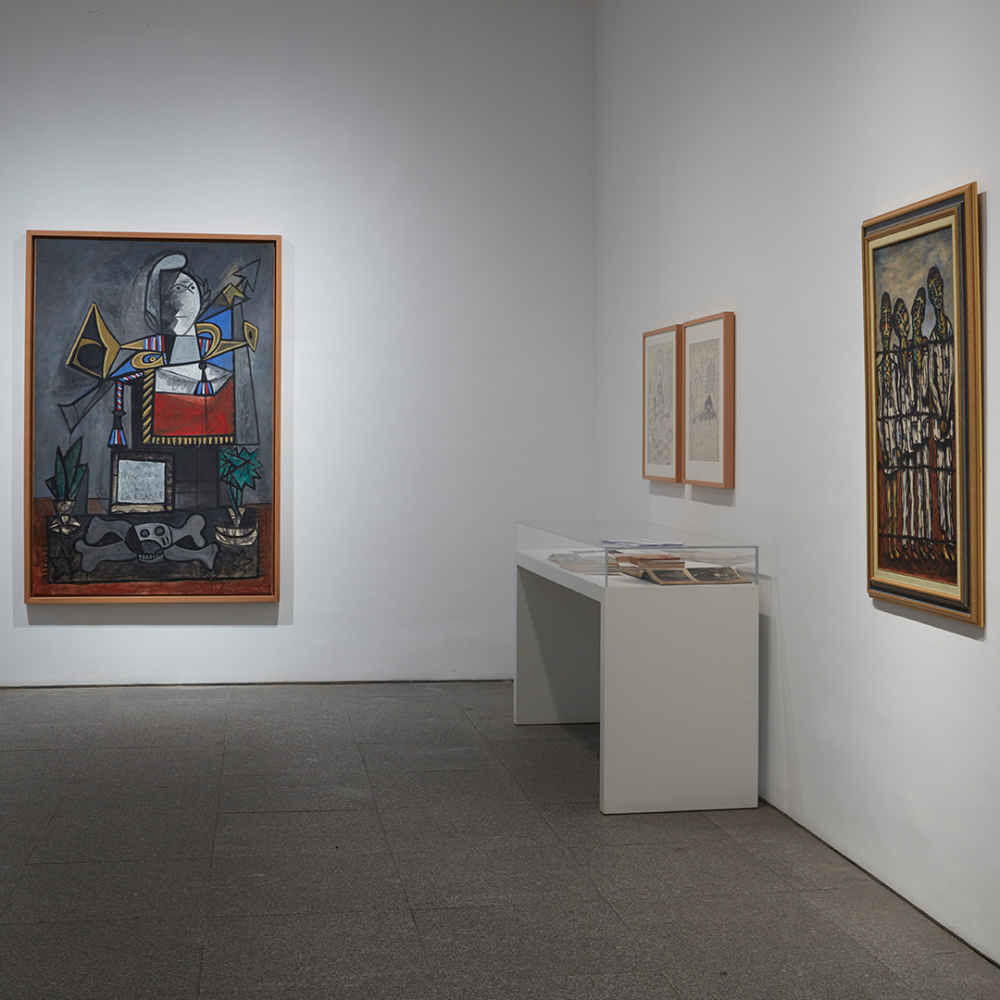 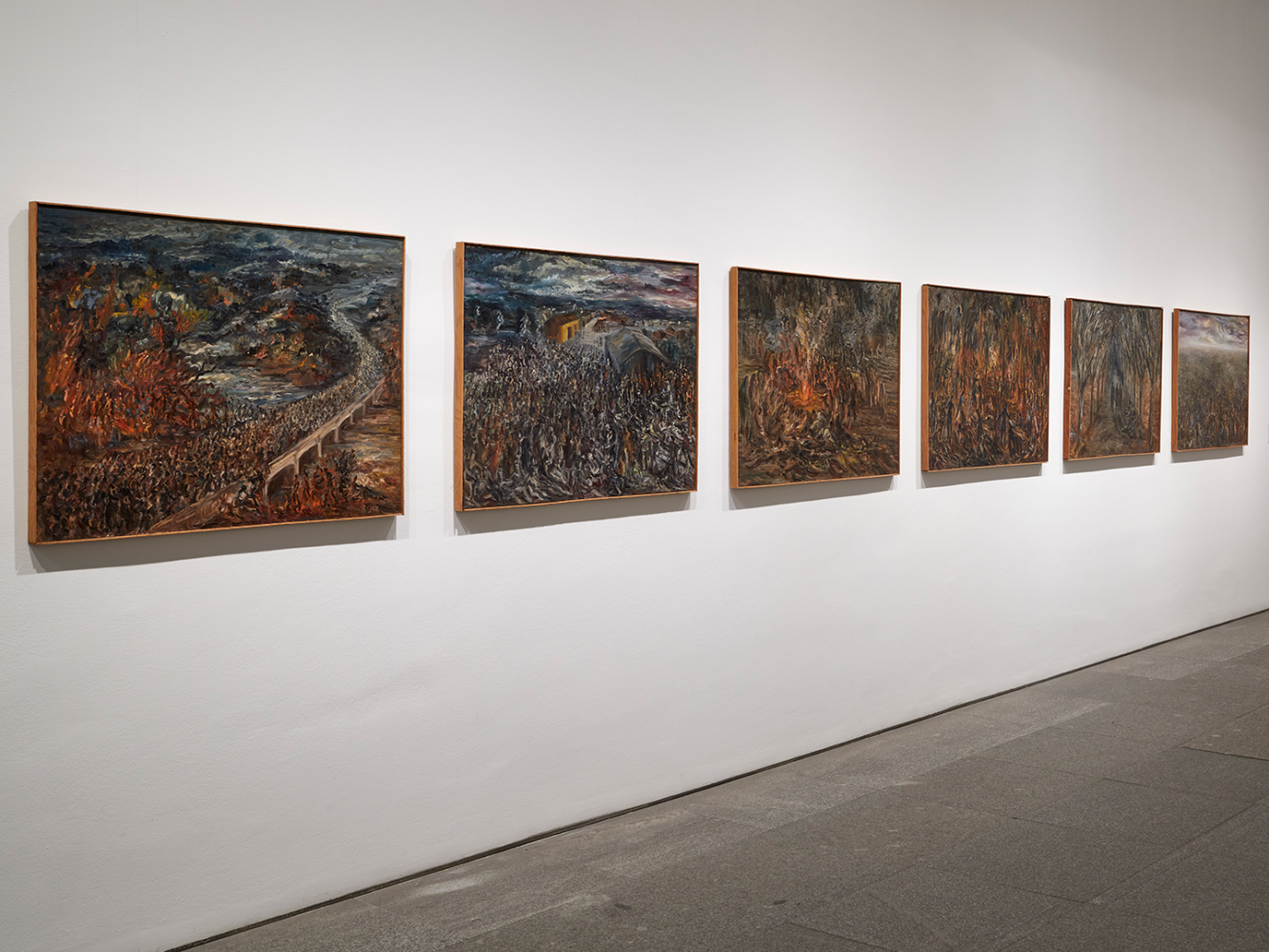 Republican exodus towards France was the first act of exile. Strictly speaking, the Spanish Civil War can be described as a set of diasporas, of “disbandment”, the columns of “eight thousand”, children displaced towards Russia or England. This was documented by photographers such as Gerda Taro and Robert Capa for an international audience with a thirst for print media and news bulletins. Consequently, in the final Republican retreat towards France, in January and February 1939, there was already a diaspora imaginary ready to take on board the tragedy of the retreat, affording it mythical status.

Unsurprisingly, it was the “exodus of a people”, as Louis Lambert and Louis Llech entitled their all-important amateur documentary. We witness their crossing, sometimes with despair, sometimes with joy, with or without supplies, on horseback or on foot, only a few hundred among the half a million children, women, elderly, men and soldiers leaving a now-Francoist Spain behind. An entire country leaving, and with it iconography destined to endure. An understanding of future displacement from conflicts in the offing. In this respect, the Spanish Civil War was also foundational: it offered a recurring media figure to the world, the refugee, who, despite their variegated background, was made into a modern statue at that time and in the world war on the horizon. The exile was born as a modern historical representative of the vulnerable and perilous human condition.

The imagery of the exodus of ’39 was built through the cultural codes of mythical diaspora — banishment from Egypt, Holy Families, desert crossings — and, from this perspective, there is little surprise in highlighting the Jewish roots of some of the key mediators of this experience, such as Capa and Taro. Painted in first person, from exile, for instance in the paintings of Jesús Martí Martín, the Republican departure is expressed as a kind of Dantesque hell, as the coming together of a damned people, whose blurred, spectral faces anticipate the process of dissolving the individuality of its members in the diaspora experience, the ruptured identity, the triumph of anomie.

In a time of national borders, Spanish Republicans simply crossing a line ran the risk of losing themselves and their political affiliation and their own biography to become stateless, beings with no name, language or history in the eyes of the inhabitants of their new countries. At such a time, exile was formed as a foundational experience of resistance to non-recognition, the refusal of political defeat and social death. The condition of the exile thus constituted a fresh decline in Republican identity, one which asked of its members permanent undertakings of re-affiliation and appointments, in the hope of guaranteeing an identity and a memory allowing for individual and collective survival. Memory takes up a significant chunk of these works, and requires forms which, through writing and art, often in late devices, rebuilds ties and organises narratives, experiences and archives. In such a process the Republicans would not be alone and gained the support of anti-fascist sympathisers — ubiquitous in international public opinion — and in the work of photojournalists, reporters, film-makers and artists, and with solidarity networks in their hosting countries.

However, there were also waves of — excluding — opinion in which the migrant Republican imagined themselves the subject of fear and hatred. Max Aub documents the thin line running from reception to repression, from the refugee camp to the concentration-camp system, from humanitarian aid to a battalion of punishment, from asylum to slave work. The complex intersections of racial and cultural categories transform Senegalese colonial troops into implacable guardians of defeated Republicans.

To mark the subtle shifts that occurred while fascism ascended on the European map, the extensive visual archive of French camps is crucial and pivotal to the drawings of Josep Bartolí and Antonio Rodríguez Luna. They document life imprisoned in the concentration camp, the forms of exhibition and the fleeing of bodies from surveillance and punishment, the strange flow of time behind the fence, human frailty to barbed wire. They also speak of daily life, care, and the importance of small gestures of dignity in the fight for survival.

From displaced to imprisoned in the concentration camp, the wire fence symbolised this new political condition. Aub documented how the camp creates its own logic on the bodies it governs and how the very existence of a concentration-camp population ultimately demands its mobilisation and extermination. From Argèles-sur-Mer to Djelfa or Mauthausen via Roland-Garros: exiled bodies that lack contacts to obtain a passport to Mexico are lost in the maze of totalitarian horror, with stops at the maquis underground resistance or the Légion étrangère . After the Allied Victory, the photographs of Francesc Boix serve as a counterpoint “from inside” the narrative on the Holocaust that comes from the photos of correspondents like Lee Miller. Yet the Lager survivors would need years to put their memories in place on canvases which, like José García Tella’s Espoir (1950), testified to the horror of the camps as they proclaimed, in opposition, the triumph of art and life.

Today we still struggle to learn to value this huge stream of memories and documentary forms, disregarded until recently. If Picasso in 1947 had to paint Monument aux espagnols morts pour la France dedicated to the Republicans who took part in anti-fascist Resistance to offer recognition postponed by the French State, then the raw drawings of Ricardo Marín y Llovet directly bear witness to the degrading way, only a short time before, Spanish refugees had been treated in the same country, highlighting the collusion of that State and part of French citizenry — opposite the solidarity of the other part — in the terrible destinies that countryless women and men had to suffer between wire fences and exile .