The second act of exile was the boats with their familiar names (Stanbrook, Sinaia, Winnipeg, Serpa-Pinto...) decisively articulating Republican diaspora in the Latin American world. Boats carrying tears, dreams, thoughts and drawings, and where newspapers were edited and vital books written, for instance Campo francés and Sempre en Galiza, and where the exile braced himself for a new country and reinvented himself as a cultural company, a vessel of knowledge which, inevitably, replicates and inverts other ships and other voyages in literature and history. 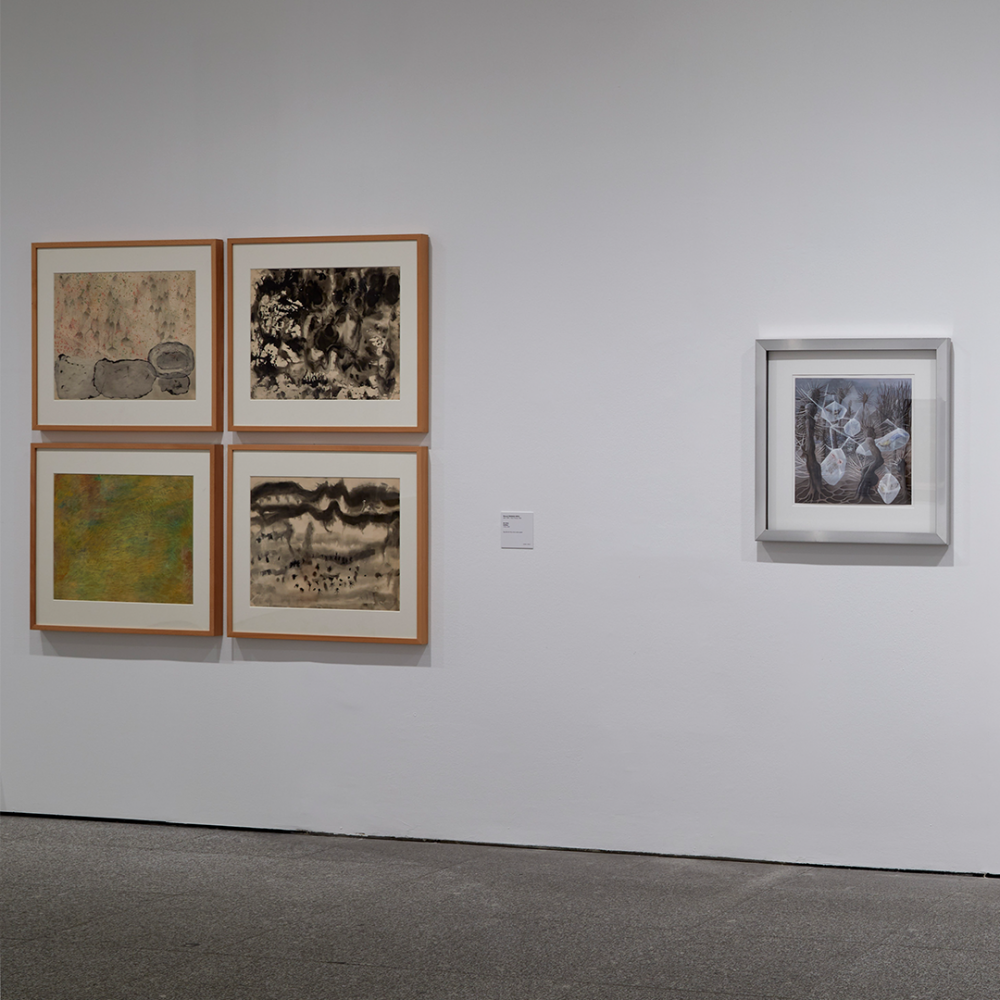 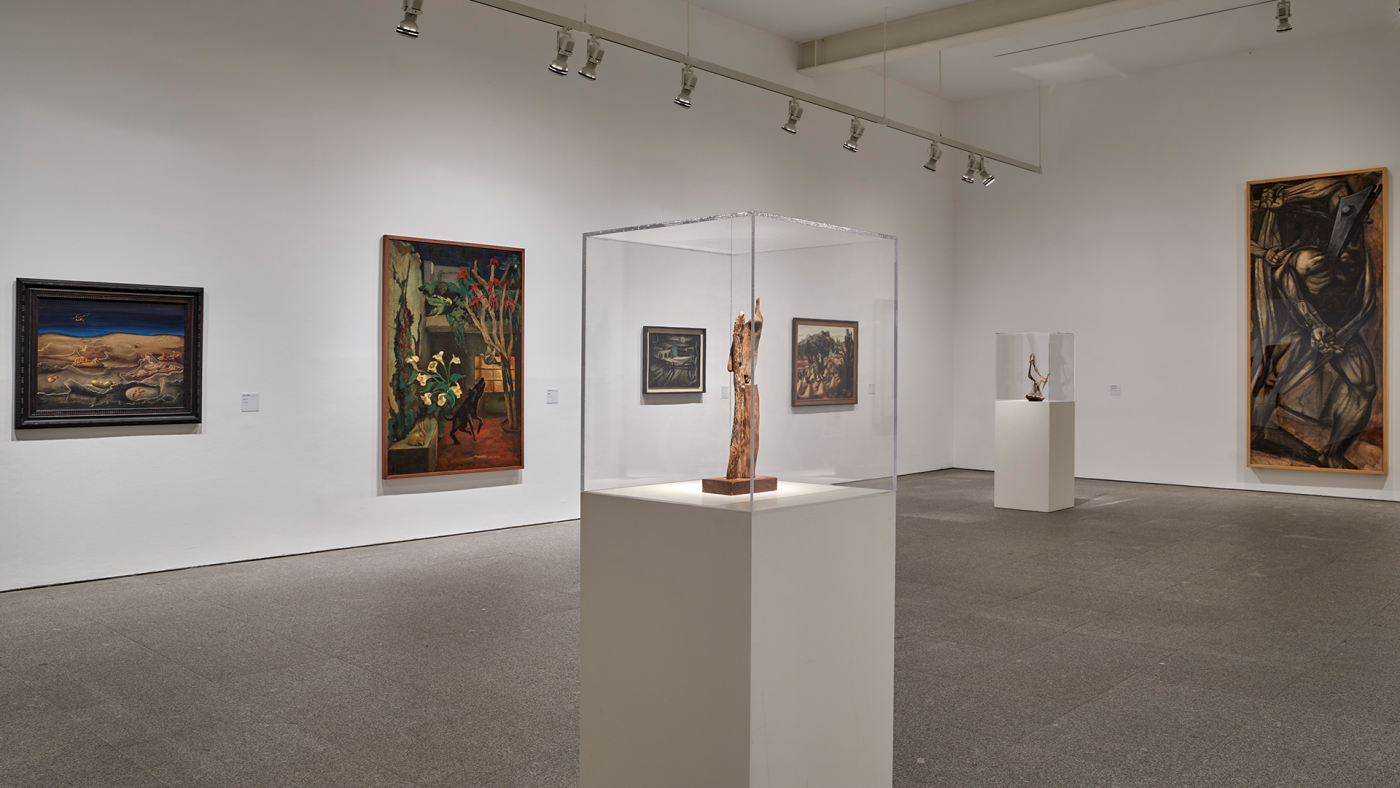 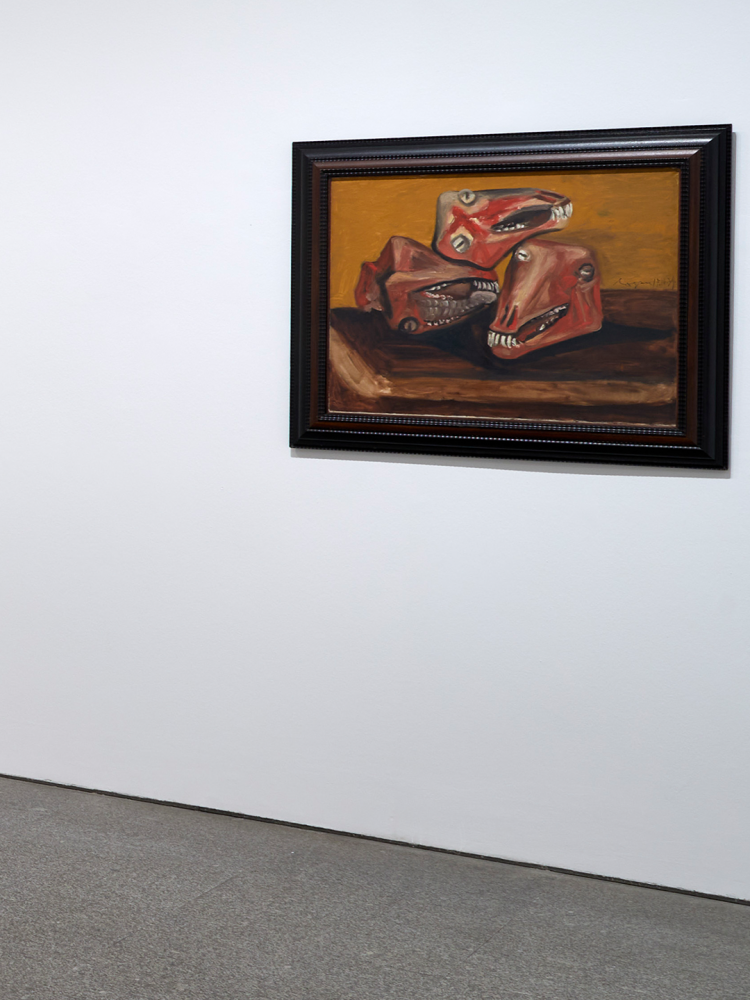 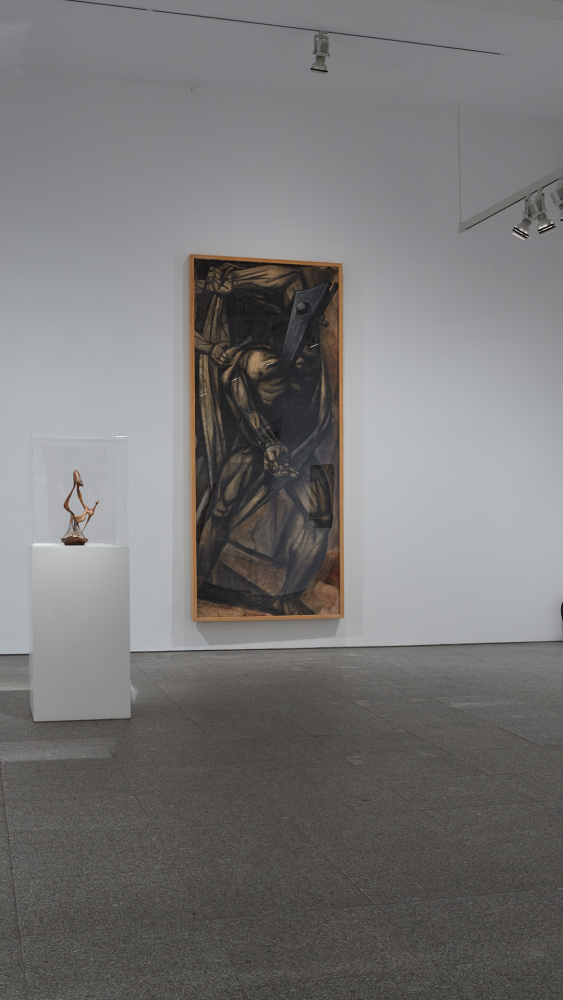 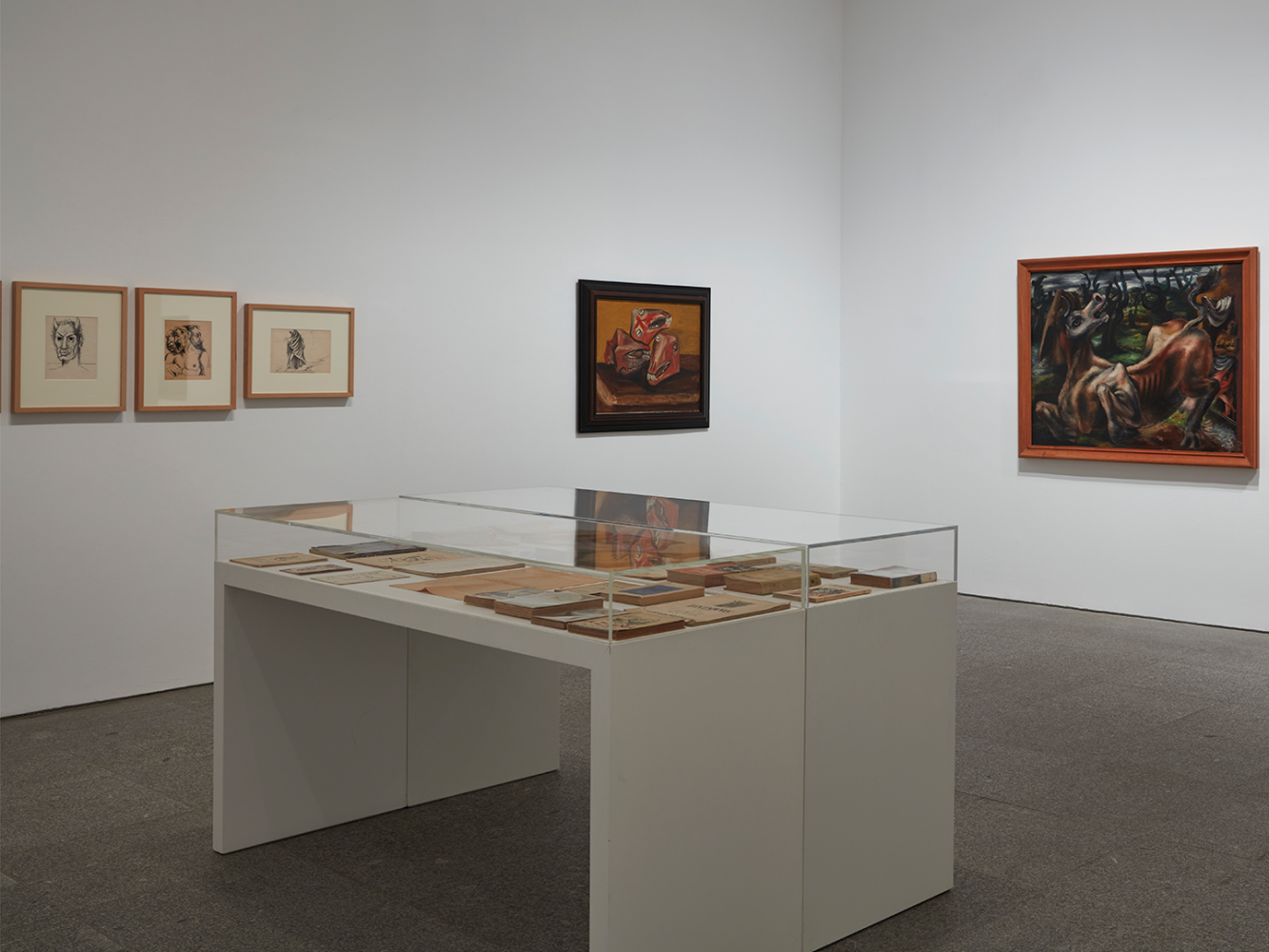 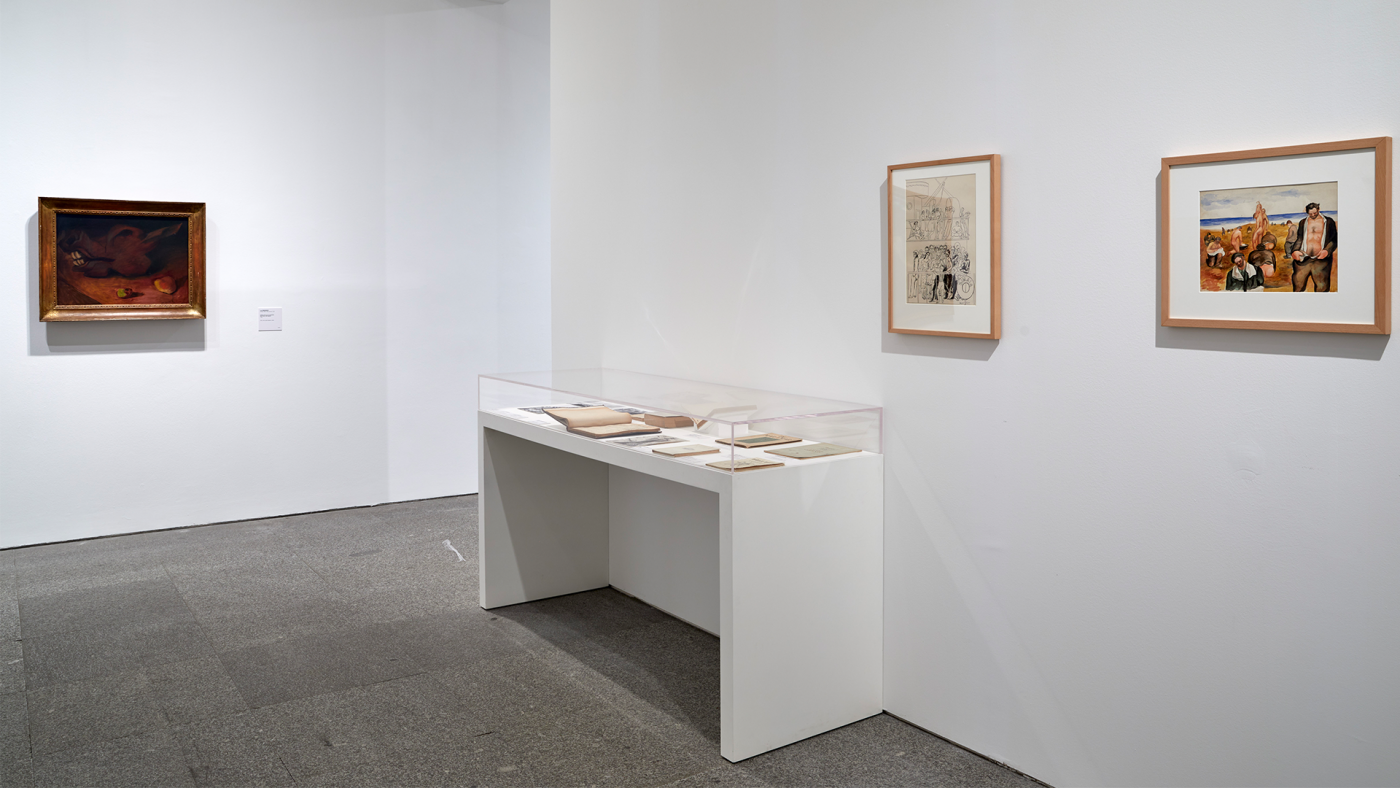 The second act of exile was the boats with their familiar names (Stanbrook, Sinaia, Winnipeg, Serpa-Pinto...) decisively articulating Republican diaspora in the Latin American world. Boats carrying tears, dreams, thoughts and drawings, and where newspapers were edited and vital books written, for instance Campo francés and Sempre en Galiza, and where the exile braced himself for a new country and reinvented himself as a cultural company, a vessel of knowledge which, inevitably, replicates and inverts other ships and other voyages in literature and history. Almost as a “ship of the mad”, Miguel Prieto tenderly represents those rescue and antiquated ships, on the decks of which a whole — ragged — reorganisation of Spanish culture navigated. And so came, to use Juan Ramón Jiménez’s metaphor, the survivors of Atlantis. Old Spanish myths would fade once again for the expression of diaspora-based conditions and thus España peregrina, migrant Spain — to cite the name of the magazine Bergamín published in Mexico from February 1940 onwards — rewrites Cervantes’s Quijote or Numancia, and for which Santiago Ontañón would create costume designs, or invoke Goya’s Disasters of War, which reverberated around the drawings of Ismael González de la Serna and Alfonso R. Castelao.

The long poetic plea of León Felipe in Español del éxodo y del llanto (The Spaniard of Exodus and Lament, 1939) documents the Republican docking in the new continent and the emergence of an identity of diaspora, corresponding to the naked human condition, the dispossessed life (Persona y sacrificio [Person and Sacrifice] as María Zambrano entitles it), with the homo sacer who, on the one hand, represents the stateless condition of the defeated Spaniard and anticipates the horrors of war and concentration camps in the Second World War, on the other. The tireless work of the exile, the study, the publishing, the printing, the critique — and the creation of new institutions — can only be understood from the close alliances with Latin American hosts, and without detriment to their links with other exiles of totalitarian Europe. In their extensiveness, there is room to understand the continuity and transmission of Republican knowledge under the Borges-esque metaphor of the library: paper republics, archives of exile, the textual world of Republican diaspora — in Spanish, Galician, Catalan, Basque — constituting the most impactful intellectual effort of Spanish culture in the last century.

Exiles’ art is expressed through a particular type of manifestation — often “low key”, food-on-the-table works, adjacent to advertising, scenography, illustration, decorative arts, and collaborations, sometimes anonymous, with cultural organisations in countries of integration; also from these devices Republican culture approaches, with density and interest, the demands of meaning the diaspora experience requires. And so, as well as an archive, the undertakings of exile condense a phenomenology, a set of experiences and ways of expressing them, which in their uniqueness still refer to other histories of uprooting and alienation.

The joint processing of war traumas and displacement extends across the most relevant exile-based productions, representing a mark of origin. In González de la Serna’s drawings we see faces put out of joint through the experience of non-recognition, faces turning into animals, dissolving towards madness. Exiled psychiatrists such as Francesc Tosquelles and Josep Solanes were able to establish that exile could also be an illness of the soul. The experience of rupture, stemming from crossing the Atlantic — a symbolic crossing akin to the Styx river — must be sutured. Therefore, much of the pictorial work of Maruja Mallo applies strategies of division, of duplication. It looks to mirror the subjective experience on both sides of the ocean through women, forms and masks. Using fishing nets or sprigs, it extends links that look to connect exile identity with its myths of origin, and this same will to weave networks, re-establish connections and, with them, belongings, explains the abstract landscapes of Remedios Varo and Esteban Francés in Alegoría del invierno (Allegory of Winter, 1948), originally an advertisement for Bayer. In other instances, the processing of trauma requires a contrary strategy, showing caesura, amputation, cut-off members, cadavers or even a fragment of the cadaver. Such examples are Trois têtes de mouton (Three Lamb´s Heads, 1939) by Picasso, the tormented landscape of Miguel Prieto in Viñedo y pájaros (Vineyard and Birds, 1940), and the sculptures of Alberto or the “fossils” of Manuel Ángeles Ortiz, like the sculptures of the castaway who says, “with the remains of my boat I will make an axe”.

The allegorical-political imprint of Pablo Picasso offered a shared imaginary, a common grammar, between these paintings, evident in Prieto’s canvas La vaca parturienta (The Cow in Labour, 1940), apropos of the agonising screams of Europe ripped open on a post-war landscape with touches of creole. Inside this same “traumatic” paradigm we see the works of José Vela Zanetti for the headquarters of the UN, which participated in this identical exhibition of the century’s tragic wounds but worked, nevertheless, for a much-needed culture of peace. In relation to this, at the height of ideological times of confrontation and Cold War, other artists such as Óscar Domínguez with Ametralladora (Machine Gun, 1956) were visibly more pessimistic, showing, on the verge of suicide, the structural site of sovereign violence in the discourse of the technique which in the twentieth century was called progress.