Although museums as public institutions remain important in the general scheme of creative industries, they have lost some of their influence, or at least their privileged position, in defining what is understood to be culture.

Today's world of culture is shaped, on the one hand, by the prominent figures in the culture and communications industry and, on the other, by the diffuse magma of culture producers whose actions are governed by the subordination of their creative singularity. This subordination is manifested in artists having to sell their creative capacity or in their being expropriated of it.  In addition, we are in the midst of a systemic crisis to which the museum is not immune. If the economic paradigm based on speculation and easy money has proven unsustainable, it should also be clear that the primacy of the building and of art as spectacle over the museum's artistic program has ceased to be valid. There is therefore a pressing need to invent other models.

The generation of a new cultural model must be accompanied by institutional changes, because institutions have long been the principal structures for inventing the social realm, for generating affirmative and non-limiting action. This function takes on more importance now than ever before because in modern Western society the arts of governance consist not of applying repressive measures but rather of seeing to it that citizens interiorise them. With the presence in recent decades of what Luc Boltanski and Ève Chiapello called the artistic critique, in typical labour relations individuals have begun to play, naturally and in an unforced manner, an active role in their own submission to governmental domination. The artistic critique vindicated a life that was authentic, not alienating, a life founded on creativity and non-dependence on a boss and the rigid schedules typical of Fordism.  But at the same time, it promoted the subject's subordination to a work structure in which cultural producers themselves contribute to their own precarious status. Cultural producers attempt to achieve greater freedom and flexibility but this comes only at the cost of the expropriation of their work by those who own the capital or have the legal means with which to dispossess them. In short, it comes at the cost of moulding their creative activity to the logic of the marketplace or to those forms of cultural domination that serve projects for the appropriation of public space.

Defence of the public institution is becoming increasingly difficult to sustain. The “public” and “private” dichotomy – on which social organization has been based for the past century and a half – has ceased to be useful. The creative dimension that defines our society now lies in both the private and the public spheres, and the difference between the two is determined arbitrarily. Casting the public sphere as the administrator of creativity does not guarantee that such creativity will not be expropriated for profit. The public sphere now signifies a management scheme founded on property, with goods that are transferable, despite the fact that they are more or less accessible to a large part of the population or are administered by the State.

In this context it becomes necessary to rethink the institution in terms of communality. This communality emerges from the multiplicity of singularities that constitute neither a state-based public sphere nor a private sphere, but instead reside on the margins of both. This calls for breaking the dynamic of franchises, which appears to be so attractive to those in charge of museums, and instead to think of some kind of an archive of communality, of a confederation of institutions that share the works held in each of them, and above all, that pool the experiences and narratives generated around them.  Only then will we be able to say that putting "me" in the plural form depends not just on my being able to access the other but rather on my involvement with others in the world.  Here, in this place between the me and the other, is where the sphere of the common emerges. This sphere is different from the public sphere because, in the final analysis, what is public does not belong to us. The public sphere provided by the states can be found merely in the economic administration delegated – by all of us collectively – to the political class. The common is not an amplification of that which is individual. The common is something that will never be complete. It only develops through and for others, in the common realm, a shared being, to use Blanchot's terms.

We often imagine an artistic construct in which the other speaks with us, when in fact that is not the case.  It is not enough to represent the other, we must seek out forms of mediation that serve as examples and at the same time as concrete practices of new forms of solidarity and relation.  This entails replacing the linear, one-way and exclusive narration to which we are accustomed by one more plural and rhyzomatic, where differences not only are not voided, but are interwoven. It also entails transgressing established genres and canons, taking the art experience beyond contemplation and including projects that are not limited to the artistic circuit nor reduced to established institutional settings.  If the main objective of cultural and even art institutions is to search beyond, seeking out innovation and anything that emerges anywhere, with the aim of taming it and turning it into merchandise, the new institutional sphere must have an open, explicitly political dimension. It must reflect that multiplicity, while at the same time protecting its interests and favouring ethical, political and creative surpluses that contrast one another in a shared space. It is very important to find legal forms appropriate to the production and promotion of what is common through network structures, rather than industrial ones. We have to find a way for institutions to give back to society what they take from it, so that what is common does not end up being hijacked by the individualities that constitute this magma.

Museo Reina Sofía is working to develop various approaches aimed precisely at transforming the museum from a public institution into one that belongs to the common sphere:

1) The Collection. The Museum's Collection does not tell a compact and exclusive story, although it is not a hodgepodge of multiculturalism either. Our idea is to build a collection characterised by multiple forms of relation that question our mental structures and the established hierarchies.  We propose a relational identity that is neither single-faceted nor atavistic, but rather has multiple roots. This condition creates an openness to the other and to the presence of other cultures and ways of doing things in our own praxis, without fear of a hypothetical loss of identity. Of course, the poetics of the relation cannot be understood without a notion of place.  Yet dependence on the concept of centre-periphery no longer makes sense and the periphery's claim to the centre – so often repeated in the history of Spain – no longer holds. Relations no longer move from the particular to the general, or vice-versa. Instead they move from the local to the world in its entirety, which is not a universal and homogenous reality but a plural one.  Against this backdrop, art simultaneously seeks the absolute and its opposite – that is, the written and the oral.

2) The creation of an archive of communality. A kind of archive of archives. We are aware that “the archive” has become a recurring place in contemporary artistic practice, a rhetorical figure that serves to bring together the most dissimilar of actions, often characterized by the mere compilation of an irregular documentation.  Following Derrida we could ask ourselves if perhaps the archive does not bring with it a certain danger of saturation of memory, and even of the denial of the narrative. However, for the archive of communality, the narrative or narratives that its members create are as important as the document itself. It is not an obsessive desire to preserve and conserve everything, but rather only that which the members of the community consider pertinent or that forms part of their actions. Derrida explains that the archive is at the same time a topos, a place and a nomos, the law the organizes it. In the archive of communality, this law is shared; it is not instituted but rather instituting. It does not respond to a genealogy of power, nor does it put society's different forms of knowledge into hierarchical order. Its function is more than the cataloguing of data and works and then making them available to the community. There is also a sharing of opinions, commentaries and judgements, and also of the norms underlying such opinions.

The archive of communality requires breaking with the notion of the museum as the sole owner of a collection of heritage items. Rather, the museum should be considered the custodian of goods that belong to all of us, favouring the creation of a shared wisdom. The making of memory is a social process that starts with the experience of remembering together. A period of general amnesia like ours, which seems to have taken the place of a period in which history was omnipresent (that of national and imperial deliria), needs, more than ever, a productive memory.  It is important that these stories multiply and circulate as widely as possible. If our society's economic system is based on scarcity, which allows artworks to be valued at astronomically high figures, the archive of communality is based on excess, in an ordering system that eludes accounting criteria. In this case, those who receive stories are certainly richer, but those who tell the stories are none the poorer.

3) Finally, at Museo Reina Sofía we are organizing a heterogeneous network of partnerships with groups, social movements, universities, and other bodies that question the museum and generate spaces for negotiation rather than mere representation. This space arises from the recognition of those other agents – without regard to their degree of institutional complexity – as valid participants in the dialogue, as peers in the process of defining goals and allocating resources. It is also necessary to set aside the conventional a priori notions of legitimacy; nobody can attribute to him or herself more legitimacy than to the other. The use of culture to justify ends other than this open process of building communality must be eschewed as well.

All of this means that we must reconsider the authority and exemplary role of the museum, so as to provide this collective search with non-authoritarian and non-vertical forms of cultural action, facilitating platforms for visibility and public debate. 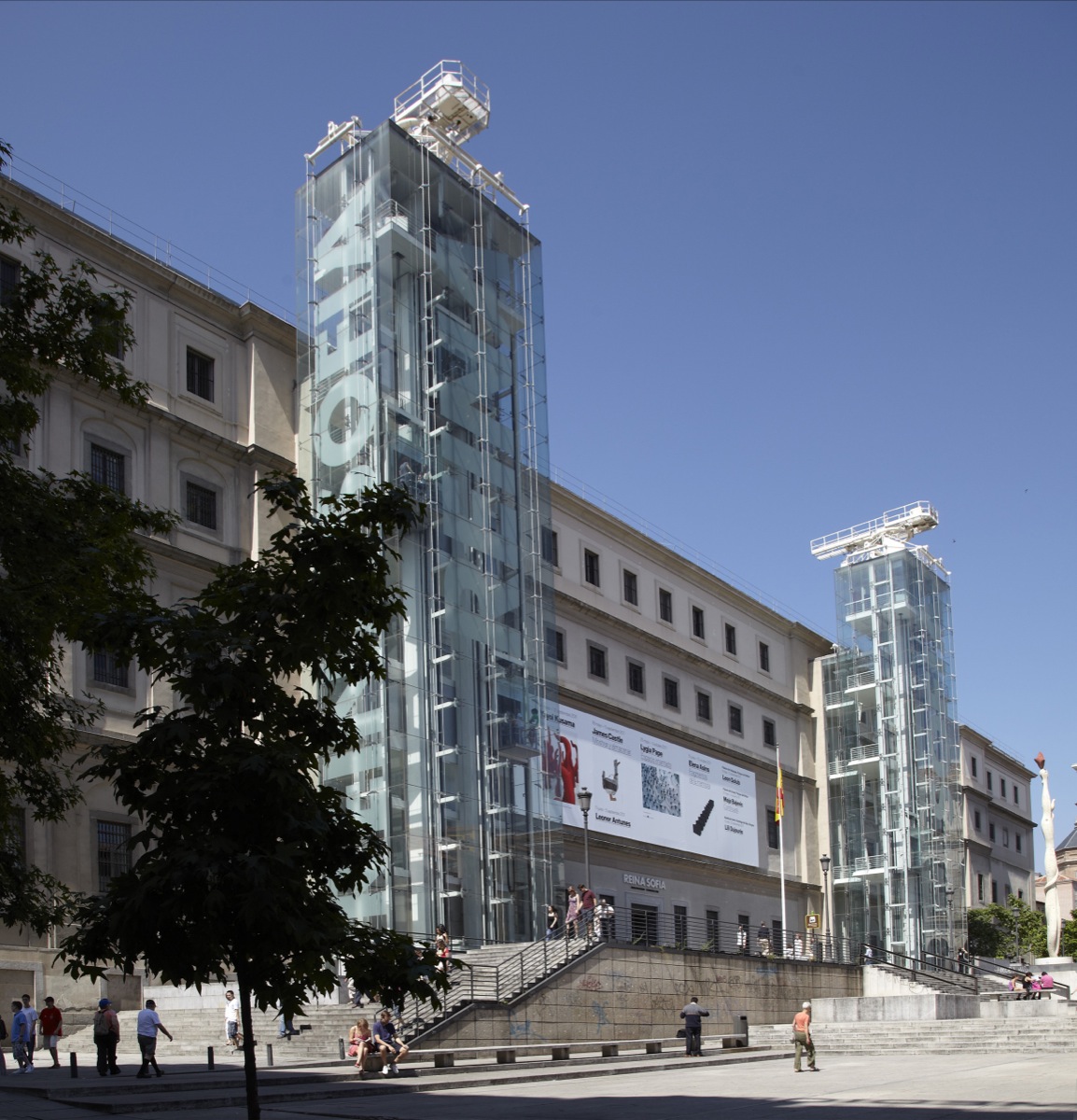